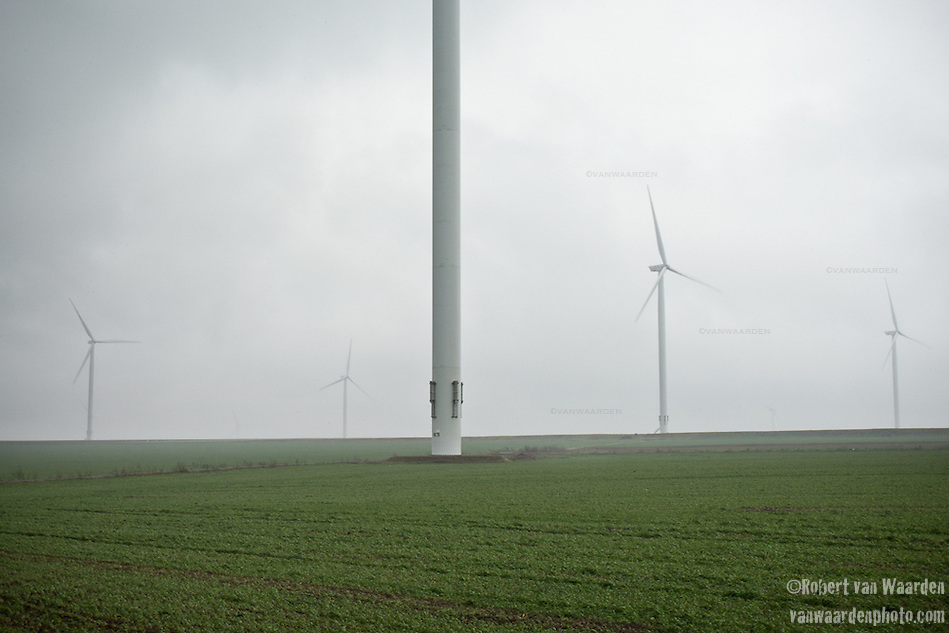 “When you drive from Constanta you can see the whole area is filled with wind turbines and it is a nice sensation, a nice feeling,” says Miklos Szilagyi, construction site manager for the largest wind farm in Europe, the 600MW Fantanele-Cogealac in Romania.

Miklos says that he “fell into” this job. He began working in the construction industry when he finished university over 30 years ago. His experience took him to Hungary, Greece and on projects across Romania but he never thought that he would manage the construction of the largest wind farm in Europe. 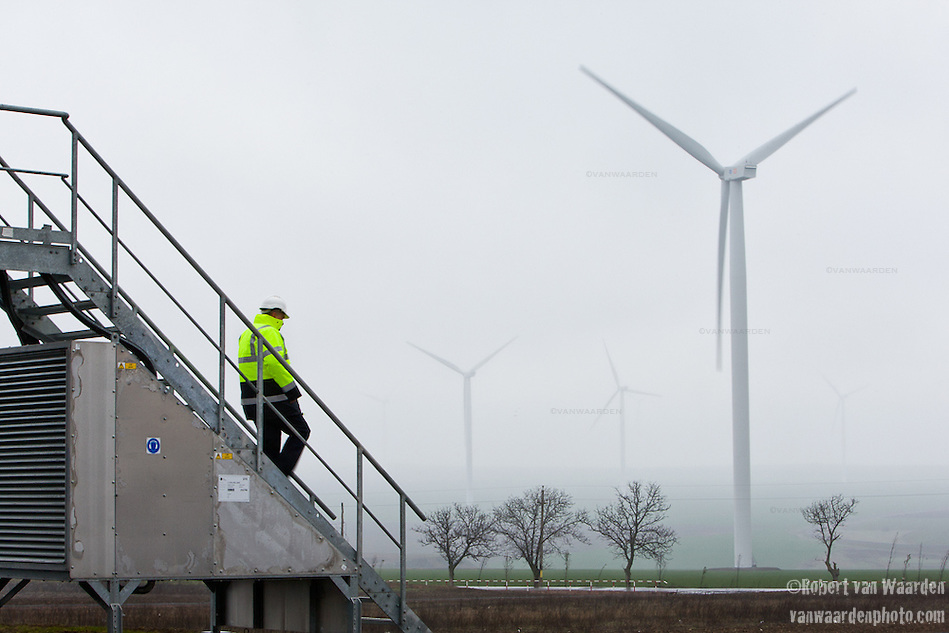 Miklos Szilagyi descends the stairs of a turbine on the Fantanele-Cogealac wind farm in Romania.

“It wasn’t easy,” he says. They were starting from scratch and everyone was learning on the job.

“Each day during the construction we were thinking, what will happen today. There were a lot of issues,” says Miklos.

They had to pour 240 foundations, each one different: some were situated on rock, some needed pilings and some were easy. Miklos doesn’t think that there are two foundations that were made the same way. Each required 450m3 of concrete and 40,000kg of steel. The first loads of cement had to be shipped from Germany until Romanian manufactures managed to produce the grade required. They even had to construct a new concrete plant onsite to keep up with demand. 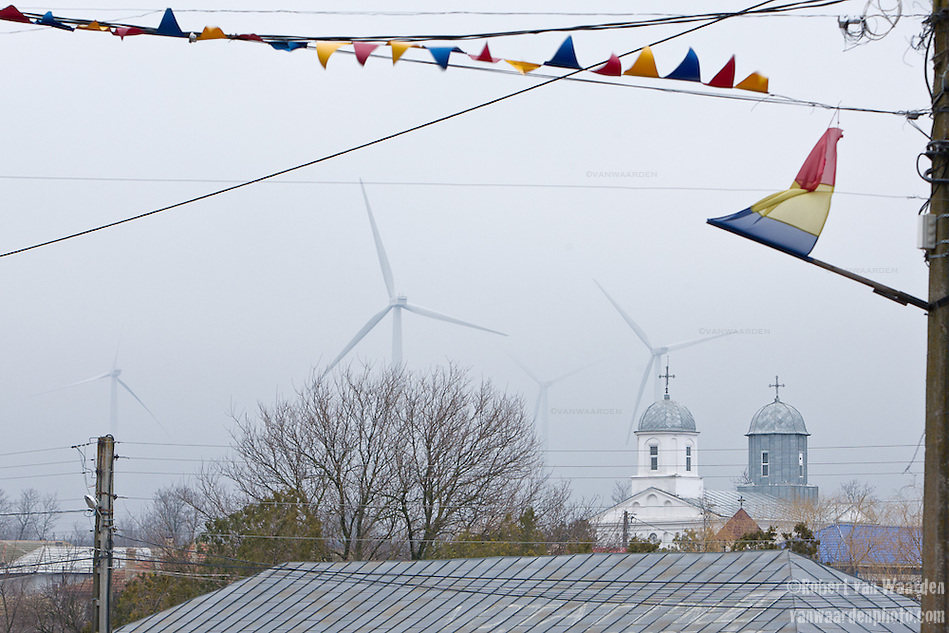 “Our knowledge was not huge. Everybody was learning, reading, talking together, and each day finalising something. We had a very very good team here.”

It took three and a half years of work but the wind farm came online in November of 2012. Wind energy accounted for 19% of the Romanian grid production when Miklos showed me around the site. Fantanele-Cogealac was flatout producing 580MW. 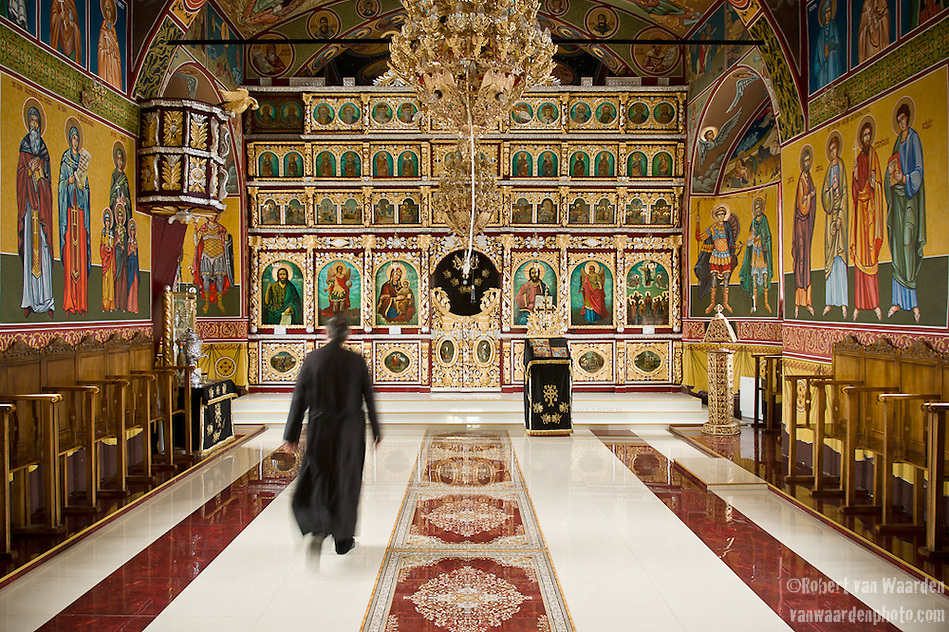 Fantanele-Cogealac is giving back to the neighbouring communities. The church in Fantanele has been repainted with support from the wind farm; a new market has been constructed; and furniture has been bought for the schools. 300 kms of roads have been built for the turbines, which means local farmers can now access their land in wet weather. Similarly, the villagers are working to improve their homes and taking more pride in their community. A lot has changed here in five years and the guaranteed tax income is going keep the changes flowing.

Miklos’ skills are required at an upcoming hydro project and he will soon sign off at the wind farm but he is walking away proud of his work and his turbines.

“They are very nice. Especially they are nice because they look nice,” he says. 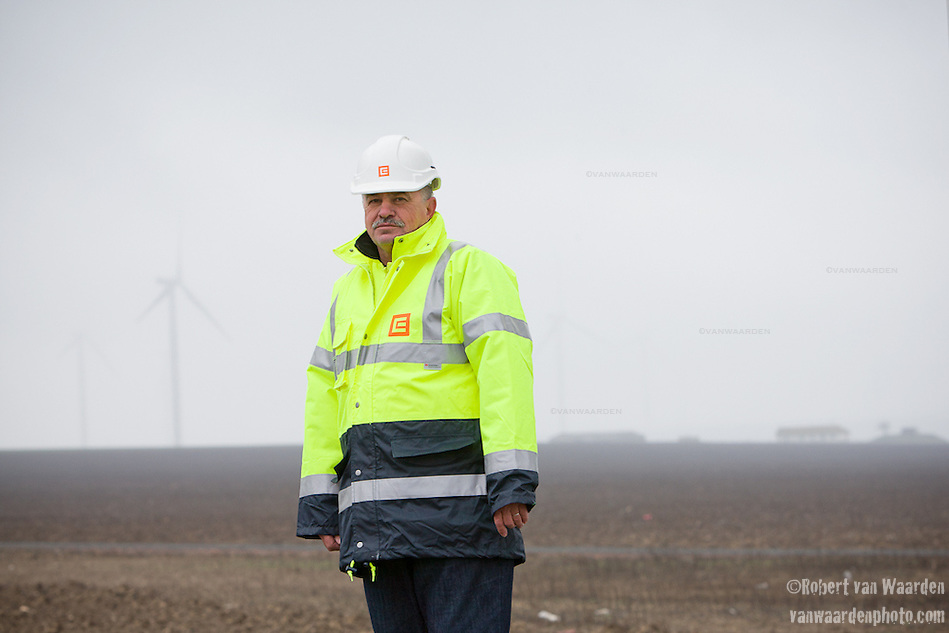