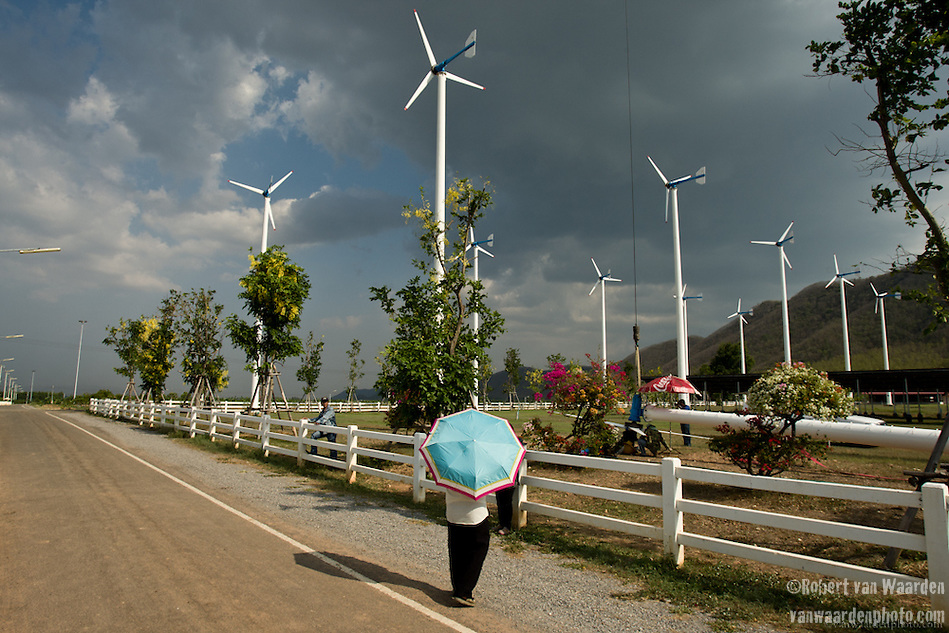 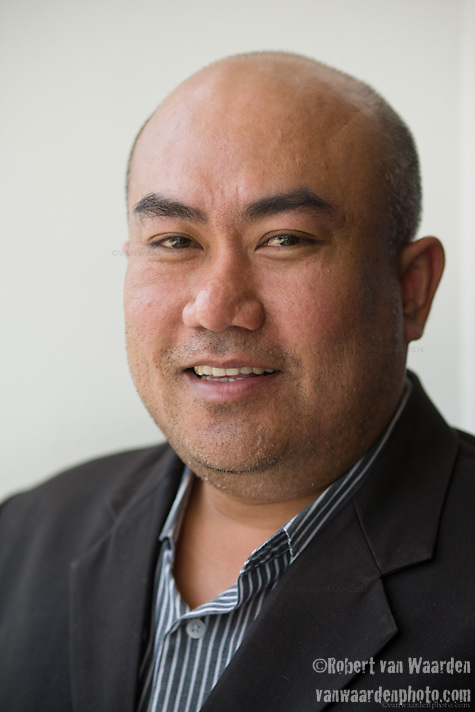 Dr. Wirachai Roynarin or (Dr. Roy as he is more commonly known), is a Lecturer in Mechanical Engineering at RMUTT in Bangkok and owner of Prapai Technologies, a company that specializes in low wind-speed turbines. He grew up in a small farming family, where he learned to respect the land, before going to England to study. He returned to Thailand believing he could help his country and he set his sights on the wind.

He is excited about the prospects for wind energy in Thailand, but insists that it must be done correctly. A few years ago, during the fuel crisis in Thailand, wind energy suddenly became popular. Companies began importing and installing wind turbines that were largely not suitable for the low wind speeds of Thailand.

“When they bring from abroad, they look like a monument, they don’t rotate. Until a storm comes and then they rotate. They are not designed for most of our region,” says Dr. Roy.

A solution lies in low speed, decentralized wind turbines he says. Wind turbines that can be put anywhere and are small, light structures, like ants feeding the grid. The first major project of Prapai is the King’s Wind Farm. A 200kw wind park made up of 20 individual 10kw wind turbines. The park is about 100m square and located in the village where the King of Thailand spends his summers. The King himself supported the construction and the electricity is directed to the community and the grid. It has been deemed a success, although not without difficulties. Dr. Roy and his team have had to grapple with earthquakes and monsoon gusts. When I visited the site, workers were busy in the 42-degree heat repairing three turbines that were damaged from a recent monsoon. 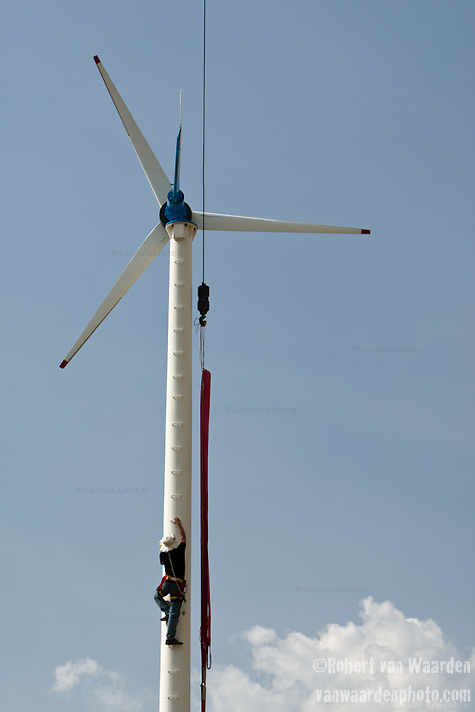 The wind farm was developed on a previously dry, deserted field and for Dr. Roy this is very important. “The most important thing we have is the forest. We need to protect the forest.” he says. “Why do you have to destroy the forest and the fresh water to put the wind machine on a mountain? You can put a 10kw wind machine anywhere in Thailand, you don’t have to cut the tree, you can put wherever you want. You can put it in front of your home, in front of your office. It isn’t tall, it is 18m, it is nice, it is lovely, you can decorate it, and you get energy.”

Dr. Roy is quick to counter any suggestion that his motives are strictly business led. He suggests that he wouldn’t mind if you closed Prapai Technologies and didn’t order his product. Just make sure that the product you do use is suitable for the wind speeds and country of Thailand.

“My wind machine maybe are not the perfect machine in the world,” says Dr. Roy “but I know that they are good machine in this world, because they are not made for business, they are made from the heart.”

Led by Dr. Roy, low wind-speed development could take off. But will Thailand recognize the benefits of the only wind turbines made in Thailand for Thailand?

This blog post is part 10 and the final of a series of wind energy stories from photographer Robert van Waarden. 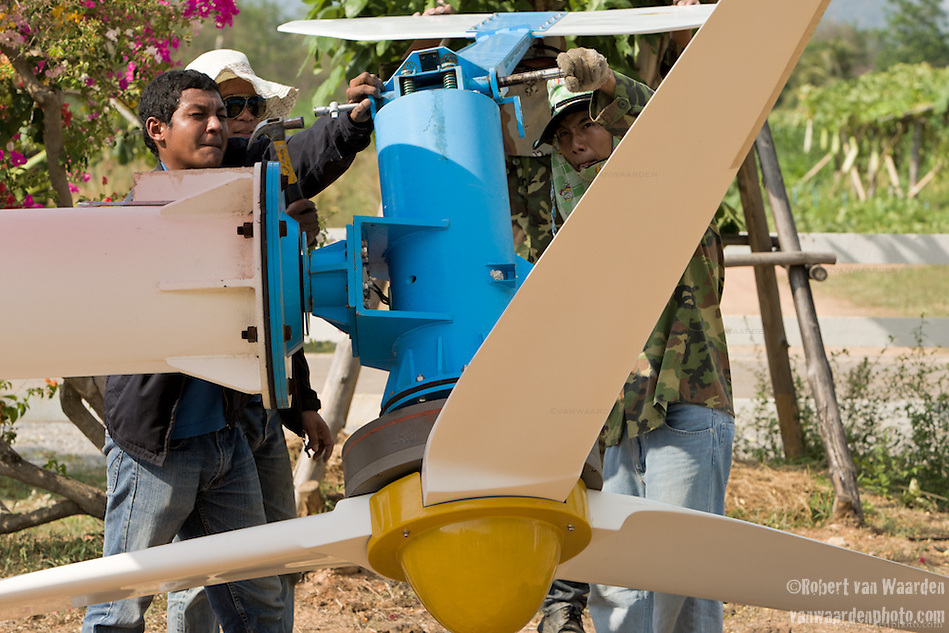