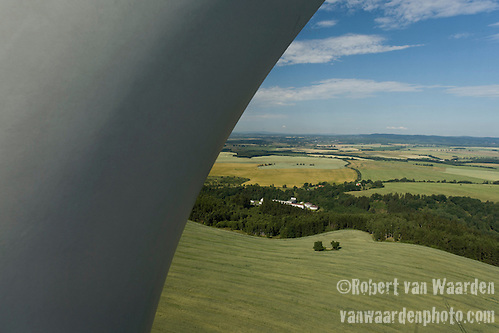 The Force project was born from my belief that by providing examples of positive personal and community stories, we can help grow the renewable energy sectors and avoid the worst consequences of a climate crisis. Force is a series of photographic essays that highlight that wind energy solutions are not an aspect of the future but are a lived reality right now for people and communities all over the world.

This project has proven to be an important and timely vehicle through which to communicate wind energy solutions. Force has been supported by the European Wind Energy Association and the Global Wind Energy Council.

Leading up to Global Wind Day on June 15, 2013, the EWEA will publish one or two new stories each week from the Force project and then exhibited the stories at the European Parliament in June, 2013.

There are two ways to discover the Force stories, explore the map below or visit the image gallery.

The BBC documentary film, Earth, just played itself out on my computer screen and I feel humbled, awed and inspired. The images, for their sharpness and graphical nature would make even the most talented image makers jealous. I found myself wondering how they managed this or that shot and my mouth was stuck in that open awe pose for most of the film.

Yet, never before have the images of the natural world resounded so deeply within my soul. Coming off a incredible time in Poznan at the UN Climate Change Conference this film particularly urged me to protect the valuable ecosystems and animals of this planet. I have been lucky enough to photograph some of the most beautiful places on earth, and I found the breathtaking imagery hit home on an emotional level. For those of us that are seeking inspiration to continue or join the fight to stop climate change, this film will have a profound affect on you. We have one ‘lucky’ planet, lets clean up our mess and make survival of all nations and life a reality.